Of Heroes, Legends, Strategy and Teamwork; The Highly Competitive World of Esports

If you don’t know what esports is then… get out from under Patrick’s rock!

Over the last decade, the esports industry has experienced rapid growth. Instead of regular sports such as football, tennis or baseball; imagine wizards, trolls, monsters, witches, and so much more! It’s all played competitively on your mobile device or computer with or against other players.

Here’s a list of the most popular games played in 2018 for you to get a rough idea of esports. 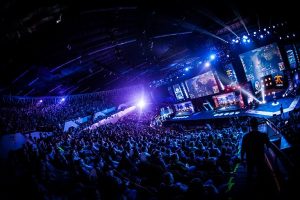 How Did Esports Gain Popularity

As technology progressed, computers became more affordable and the internet allowed us to connect with people around the world at previously unthinkable speeds. The result? We were now able to connect and play with people halfway across the world.

The gaming in industry has then slowly become organized, competitive and professional.

On top of that, the emergence of sponsors made competitive gaming a lucrative career choice. Developers realized the potential of esports which led to more money, better broadcasts and higher production values. This led to the popularity of live streaming where people tune in to platforms such as Twitch and Youtube to watch it.

Here’s a list of the highest earning players in 2017 that’ll put your monthly check to shame. 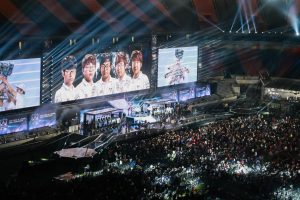 The craze and intensity of esports is as real as any sport. Tournaments are held in giant arenas, drawing in large crowds. Professional gamers come to compete, ardent fans come to watch and support – and let’s not forget the large sums of cash prizes for the victors.

The 2017 IEM World Championship held in Katowice, Poland saw a record 173,000 fans in attendance. As for digital viewership, it was the most watched esports tournament in history, garnering 46 million unique viewers. This broke the previous record of 43 million viewers set in 2016 during the League of Legends World Championships. 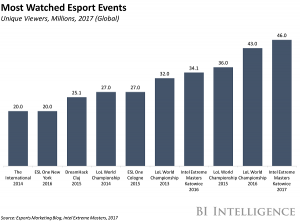 The most watched esport events

It may seem that being a professional gamer is an easy feat, but there’s more than meets the eye than mere fun.
To be good at a game, be prepared to live and breathe it. Professional gamers train as much as 50 hours a week, whilst some go beyond that – all to stay ahead in the game.

Team Saiyan, Malaysia’s own team advises that to be good in the game, cooperation is of the utmost importance. It’s all about the teamwork guys!

The Future of Esports

According to a report by Newzoo global esports revenues will reach $906 million in 2018. By 2019, it is expected to surpass $1 billion. The total audience for the esports industry will most likely reach the 380 million mark before the end of the year.

There’s no doubt that Esports is a booming and ever-growing business with an increasing fanbase. Just try googling LOL, what comes out is not Laugh Out Loud, but rather, League of Legends.

There’s even a chance that esports would be included into the 2024 Olympics. It’s crazy exciting to see what the future holds for esports. Many are waiting to see what new trends will emerge from this industry. Until then, players young and old continue to enjoy and love playing the games be it professionally or just for kicks.

Tune Protect is pleased to be the official protectors of AirAsia Saiyan. We offer travel and PA protection for the team’s tournaments at home and abroad. 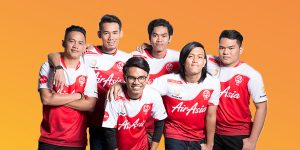 5 Unforgettable Experiences You Can Only Have In Sabah

The Wackiest, Craziest, and Downright WTF Sports Played Around the World

Motor Detarrification: How It Affects The Price Of...

Have You Gotten PAYD?

Feeling Unwell On Your Holiday? Talk To DoctorOnCall!

Breaking Boundaries: Business With A Heart

EasyCare PA: Our Special Care Protection For The...