The 12 Chinese Zodiac: A Great Race! 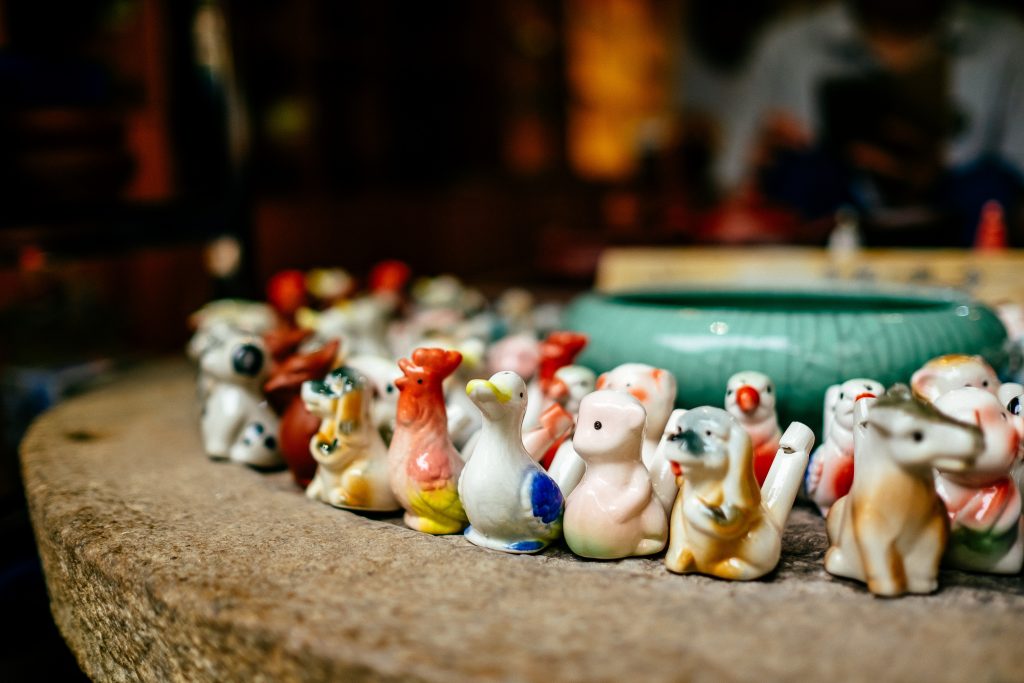 On your marks, get set, GO!

But do you know how the order came to be?

There are many variations behind this mythical story, but it all starts off with one thing, a race!

A long long time ago, the Jade Emperor 👑 wanted 12 animals to be his royal guard, so he decided to hold a race. He sent forth an immortal being into the human realm to spread the message.

“The earlier you arrive at the Heavenly Gates, the better rank you’ll have!”

The next morning, the 12 chosen animals set off, each hoping to reach the Heavenly Gates first.

🐀 Being an early riser, Rat sped off with high hopes of being first. But alas he soon encountered a swift river that he couldn’t cross. So he sat there contemplating how to cross it. Luckily for Rat, Ox came walking by and started preparing for the river crossing. Seeing an opportunity, Rat jumped into Ox’s ear for a ride across.

Rat stayed on Ox all the way to the Heavenly Gates, but as they approached the final destination, he leaped off and scurried on to the feet of the emperor and secured the 1st place!

🐂 The diligent Ox had no complaints and made it to 2nd place.

🐅 A short distance behind, there was a fierce competition going on between Tiger and Rabbit. Tiger had massive, strong legs and was able to use that strength to bound across the track, coming in 3rd place.

🐇 Rabbit on the other hand relied on agility and hopped through the race by jumping on rocks and logs to get across the river all the way to the finish line. But despite that agility, Rabbit was unable to outrun Tiger and came in 4th.

🐉The majestic Dragon came in 5th place and caught the attention of the emperor because of his good looks. He offered the 6th spot to Dragon’s son, but Dragon’s son wasn’t a participant.

🐍 Sensing an opportunity, crafty Snake slithered by claiming to be Dragon’s adopted son and cinched the 6th place.

🐎 Horse and 🐐 Goat were kind and modest, helping each other through the race. The emperor noticed how polite they were, ranking them 7th and 8th place.

🐒 Monkey came in after, swinging from the trees and jumping between stones.

Year of the Cat?

It is said that Cat was supposed to participate in this race too. Rat and Cat were neighbours, but Cat had always bullied Rat. Before the race, the sleepy Cat had asked Rat to wake him up when the race started, and Rat readily promised him to.

However, when the race came, Rat quietly took off without informing Cat! By the time Cat awoke, the race was over. A great enmity then grew between Rat and Cat, which is why rats would always run away when cats come.

Another version of this story is that when Rat and Cat were hitching a ride on Ox, Rat pushed Cat off into the river. Cat either drowned or did not arrive in time to the Heavenly Gates to get a rank 😲

Which animal are you?

Interestingly enough, some associate people with certain characteristics by looking at the year they’re born. For example, people born in Rat year are seen as quick-witted and versatile people.

Do you believe people’s characteristics are based on the year they’re born? It’s just like when people say, “that’s such a Gemini thing”.

If you don’t already know your Chinese zodiac, click here to find out.

We hope you had fun reading this tale and we wish you Gong Xi Fa Cai!

An Egg Just Became the Most Liked Picture On Instagram

An Egg Just Became the Most Liked Picture...

Challenge Yourself With These Adrenaline Filled Activities This...

A Collection of Chilling Ghost Stories